The history and value of tapestry

Weaving tapestries appeared in China as early as the Western Han Dynasty (two thousand years ago). In the eighth century AD, felt tapestries were quite popular in the Tang Dynasty. At that time felt tapestries woven with silver thread appeared. In the 17th and 18th centuries, dragon-like tapestries were used in the imperial palace, which was the heyday of Chinese tapestry weaving. But few tapestries woven before the Qing Dynasty have been preserved. In the early twentieth century, European and American merchants set up factories to weave tapestries in Tianjin, Baotou, Beijing and Qingdao, but at that time most of them used wool as raw materials, and rarely used silk thread.

After the liberation in 1949, China's tapestry weaving industry developed rapidly, and various styles of tapestries appeared. For example, Beijing style, fine art style, big fancy style, piece scissors style, antique style and Persian style. Especially after the introduction of Persian patterns, coupled with the improvement and innovation of Chinese craftsmen, Chinese Persian tapestries have become popular in the international market. In the 1980s, China became the main production base of Oriental tapestries. 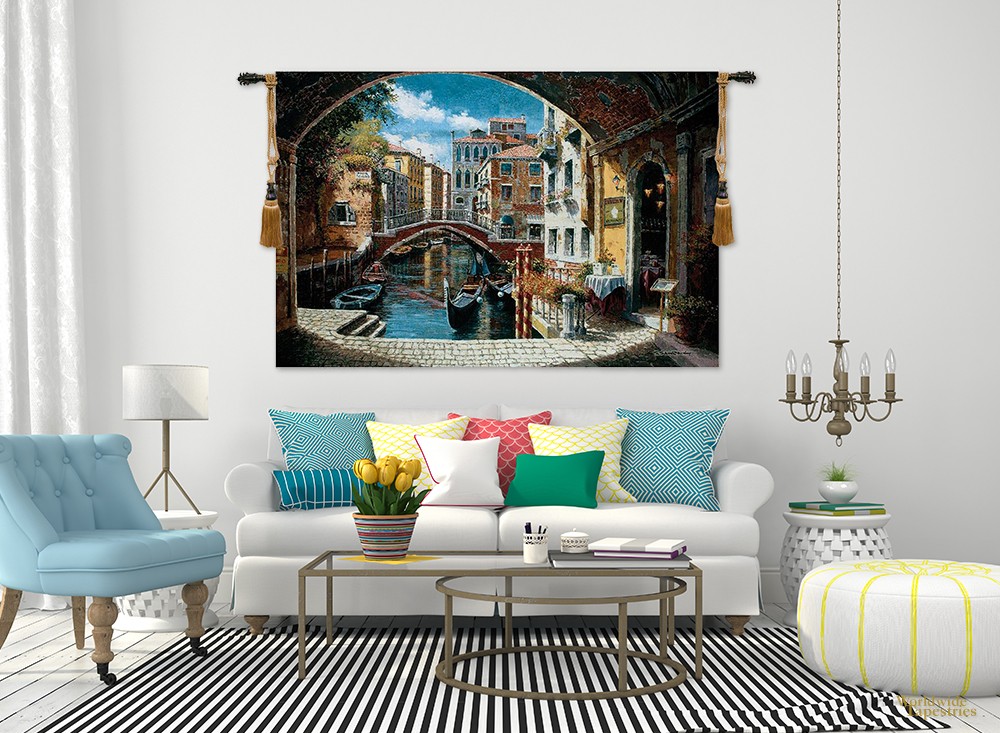 1. First, draw a drawing on the form and mark each coordinate point with a different symbol representing a different color line, so that the weaver can weave according to the drawing. This is a very creative work. The craftsman must be confident. The actual silk tapestry woven is a reproduction of the original pattern. In a sense, this is the first extremely important process, because the pattern has an extremely important relationship with the value of the silk tapestry.

2. Pull the silk out of the cocoon. Only one third of the silk in a cocoon can be used for weaving silk tapestries. Combine the filaments into small strands, and put them in boiling alkaline water and boil for 30 to 40 minutes to make them soft. Then rinse with clean water to remove the alkali and impurities. Use natural plant pigments to dye silk threads. For example, indigo, safflower, oak shell, etc. are used. Generally speaking, a silk tapestry needs more than thirty kinds of silk threads of different colors. 3. The warp will be wound from top to bottom on a shelf made of two beams and two uprights. The heald will be wound between another crossbar and the warp. After the base is woven with white silk thread, you can start by hand-tying the knot.

4. Wrap the silk thread around two adjacent warp threads to form a double knot or a single knot. The end of the thread is cut with a knife. Whenever a row of knots is finished, the weft thread passes through the middle of the front warp and the back warp. And use a comb to smash it firmly, so that the knot is firmly tied to the warp.

After several months or several years of work, a whole piece of silk tapestry is woven, which will be cut from the shelf, and the ends of the warp threads will be tasseled to increase the beauty. The woven silk tapestry will be neatly cut flat and washed with water before being sold.