×
English
Home » News » Industry encyclopedia » The most popular home style in the U.S. on Instagram

The most popular home style in the U.S. on Instagram

Nowadays, "de-stylization" is popular among interior designers, saying that the most suitable one is to satisfy customers. But whether it is home improvement or fashion, even art, the analysis will often be intertwined, tribute, integrated and updated on several major basic genres; when we talk about a certain "style" with consensus, it is actually our communication with each other. A kind of "cut" is the fastest to describe the atmosphere and effect you probably want.

For example, today I will introduce the popular style of ins in the United States: neo boho style, which is a new style of home furnishing after fusion and update.

It combines the liberal romance of Bohemia and the rational practicality of modernism. 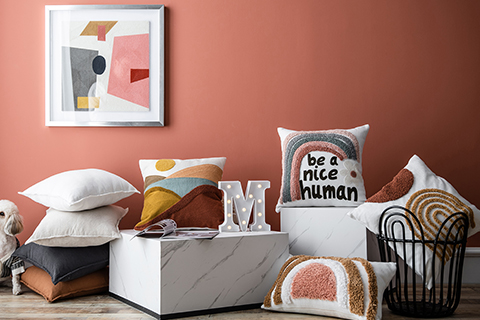 A balance point and found the most appropriate point in the decoration spectrum to express his anti-traditional freedom spirit, as well as rationality and restraint, with the ultimate attributes that he will never tire of.

If you use one sentence to summarize the style of neo boho, it is the same as the wedding philosophy: Something Old, Something New, Something Blue.

The bohemian red + blue is the classic color, and the necessary colors for the new modern style are blue, gray, and brown. So the two merged, and the melancholic blue is the same existence as the soul. It can be a blue cabinet full of street feel, it can be an old-fashioned and trendy blue sofa, and even a small blue blanket can show your identity.

It can't be called Bohemia without second-hand goods.Objects with a sense of vicissitudes and stories are the ultimate manifestation of the wandering spirit. The neo-modernist style also has old things, which are usually old furniture left by the generations of great-great-great-grandfathers, tables or linen sheets. The old things represent the family spirit. So vintage has become an essential element of neo boho.

The existence of old things means history and stories, and the time that settles down is the most attractive.